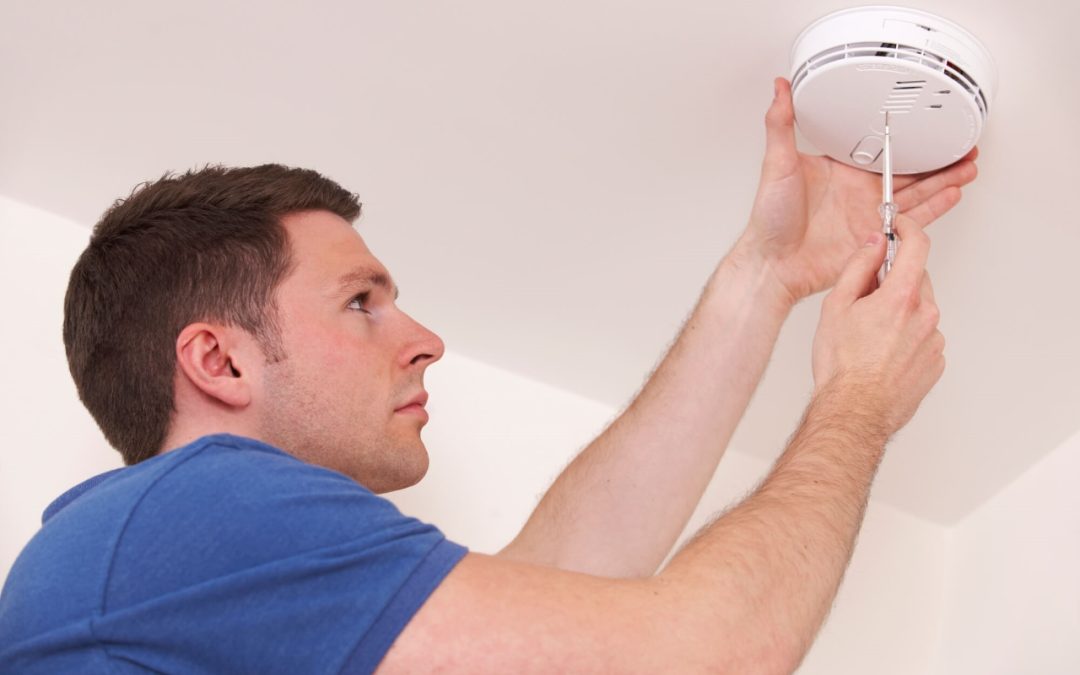 When a fire breaks out inside a house, there are only minutes to get to safety. It’s important to make sure you have smoke detectors, that their batteries work, and that they are placed in the most effective areas. This article goes over the best smoke detector placement for your home.

The majority of house fire fatalities occur during the late evening or early morning hours when most people are sleeping. When working smoke alarms aren’t present or when they aren’t installed properly, it becomes far less likely that people will be able to escape in time. For every five residential fires that result in at least one fatality, an average of three of them do not have working smoke detectors that are properly placed. Having a working smoke alarm that is located correctly cuts the risk of death in half. Given the statistics, it would only make sense to have plenty of smoke detectors located in the correct areas.

Smoke Detector Placement in Homes With More Than One Level

All levels of the home should have proper smoke detector placement. There should also be a working smoke alarm located on the wall near the landing for the stairs. Don’t forget about basements and attics.

Carbon monoxide alarms are just as important as smoke alarms. The proper placement is crucial, as is the case with smoke detector placement. These alarms alert occupants to carbon monoxide, a deadly gas.

Smoke detectors and carbon monoxide alarms are among the best investments any homeowner can make. For those who are struggling financially, the local fire department or American Red Cross chapter provide the alarms to homeowners free of charge. They may even come to the home to install the alarms. Therefore, there is simply no excuse for not having enough working smoke detectors.

Rhode Island Real Estate Inspection Services provides home inspections to all of Rhode Island. Contact us to schedule an appointment.